A specific firmware version of one of your network components has a known vulnerability and needs to be updated as soon as possible. The challenge is now to first find the affected devices and second update them asap? Thanks to NIAMS this task can be solved in no time. Let NIAMS track the devices that run on this firmware version and update exactly subsequently these devices. Multiple devices can be updated simultaneously or serial one by one.

Likewise, configuration changes can be quickly deployed on a large number of devices. For example when the address or the version of SNMP server has changed, if the password of the backup admins should be reassigned or DNS server has moved. Instead of manually configure all devices, you create a fitting process that does this job for you in minutes and in addition NIAMS also monitors on the success of each device update.The NIAMS Device Manager can help you to automate all your jobs you usually perform manually as an administrator on the CLI of your network devices. To configure these jobs within NIAMS you use the exact same commands that you would use manually on the respective component. In addition NIAMS provides you with a variety of simple script commands and variables that will help you to create advanced queries. This degree of flexibility of NIAMS is not limited to specific devices or vendors but can manage any device that can be controlled via Telnet or SSH / SSH2.

For processing the outputs you have regular expressions available. They help you targeting clearly defined areas within the collected device data or you can translate information of different vendors into a standardized format. 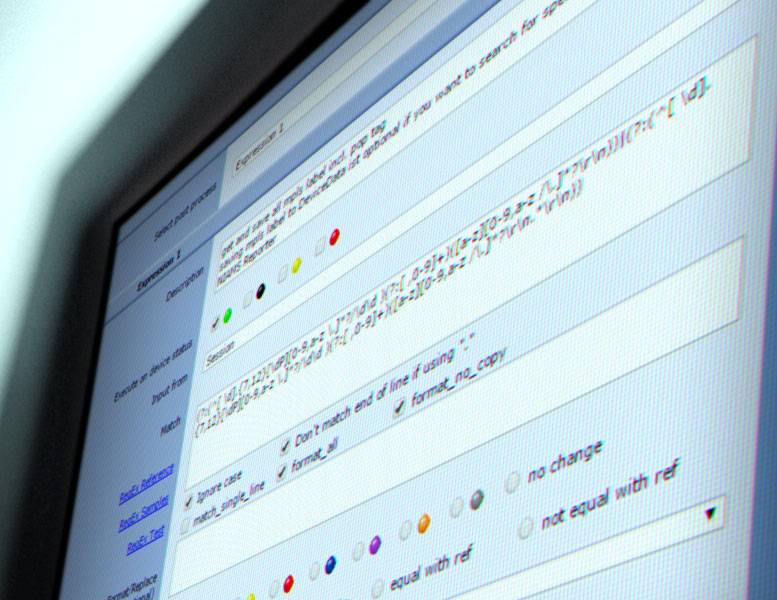 Jobs can depend on each other and they can be serially executed based on logical decisions. For example, a job within the Device Manager can query the previously stored data from other jobs to a specific version number of the firmware and then subsequently perform a backup of the firmware and / or configuration of devices found. After a successful backup, the new firmware can be update and the success of the update can finally be checked.

NIAMS Device Manager can run massif parallel jobs on hundreds of devices. For particularly critical operations is a single-step mode is available, which processes a device by one, as long as the job was completed successfully. If configured tasks on a device could not be performed successfully, the execution will be stopped. This ensures that even in case of errors within the configured maximum Jobs a device is affected.

Contact us for a websession to see NIAMS live